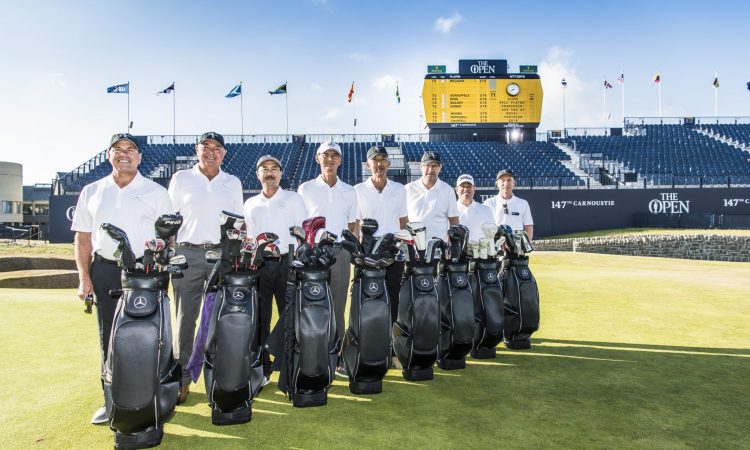 For the seventh consecutive year we were appointed by Daimler AG to design, plan and implement their international hospitality programme at The Open golf.

‘Drive to the Major’ can be seen as a once in a lifetime opportunity for Mercedes-Benz customers who have won a straightest drive competition at their countries MercedesTrophy tournament. With 30 countries from across the globe taking part, guests were hosted in the Dunkeld House Hotel, nestled into the beautiful Perthshire landscape and enjoyed various traditionally Scottish themed evenings. The days entailed being hosted within the Mercedes-Benz VIP hospitality suite alongside the 18th hole at Carnoustie where they could watch their favourite players with an exclusive view. Guests were also lucky enough to spend the evening with three of the world’s greatest players and Mercedes-Benz ambassadors – Rickie Fowler, Jon Rahm and Bernard Langer, having the chance to ask questions and enjoy their personal anecdotes.

To top it off, there was a competitive tournament for those that had qualified for ‘Drive to the Major’, who battled it out with a round on the PGA Centenary course at Gleneagles, with the eight winners enjoying the spectacular prize of playing on Carnoustie on the Monday after The Open champion lifted the Claret Jug.